To introduce the new products a show was created which combines dance, acrobat and video-mapping to tell an artistic story of product development and presentation.

We would like to thank Daniela Krautsack from cowsinjackets for developing this idea of a show and the agency Diem Oberbauer for their support and trust. THANK YOU VERY MUCH!

As MOTIONLAB was assigned to create this show, it was clear that we have to overcome several challenges:

The show had to consist of 4 individual parts, 2 performing parts and 2 video mapping parts (in turns). These parts stand for the initialization (why doing a new product series), the inspiration which affects the designer during the creation process, the product production and finally the presentation of the products concerning design and function.

The stage was quite small and therefore we had to find smart solutions for setting up and down our objects (onto which we projected) on stage during the live shows.
These had to be done
…very accurately, otherwise the mapping content would not have fit to the objects
…very quick and in a certain period of time, that the tension of the show does not suffer
…and very easy looking, that the audience does not notice the difficulty.

At this point big respect to the artists from duoaquarius for their performance and support! Without their understanding of the special needs of mapping, this show would not have been possible in this way!

The basic idea of this second show part was to visualize the inspiration which affect a designer during the creation process. The focus points on the creative human being – his experiences and his environment influences his thoughts, his emotions, his creations. “People create for people” was another important slogan in this context.

Instead of using a real human, who would be very small projection surface for such a big audience, we developed this concept with a 3-dimensional bust in the size of 2,15m * 1,70m. (produced by Bigsign).

By using mapping technology we projected face and body recordings on this bust, and his thoughts and his experience-worlds were projected on a screen behind. The final result was a fusion of time, space, object, audio and video which leads into a 3-dimensional  and extraordinary experience.

* Create a digital, reduced model of this person using photographs and 3D software
* Do video recordings of this person in different outfits and different gestures
* Simultaneously produce the laser-cut bust out of Styrofoam. (Bigsign)
* Post production of the recordings; generating additional 2D and 3D content
* Project the generated content in a 3D software on the digital model and render it from spectators view.
* Testing, splitting the content for the mapping software and make minimal corrections 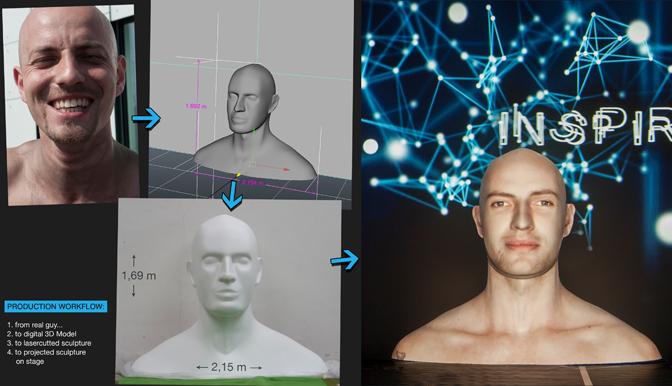 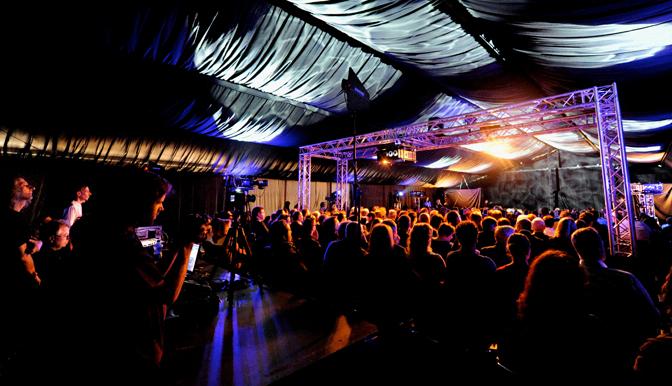 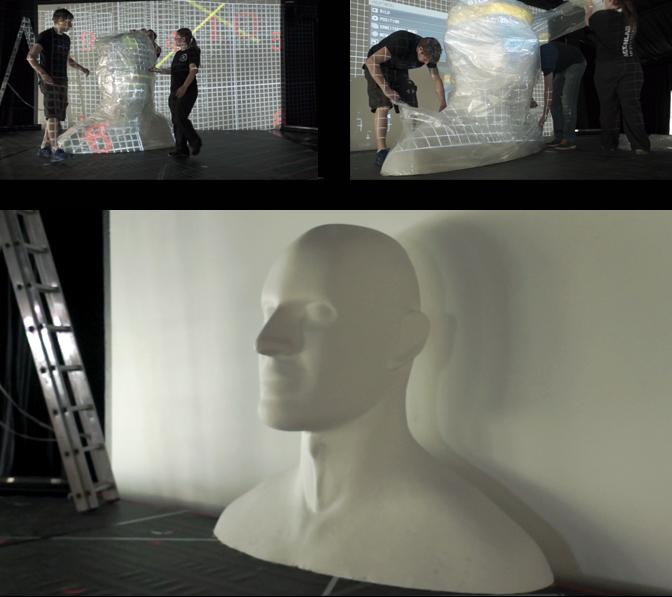 Arrival of the bust: unpacking, checking, positioning and setting up.

This part starts with rastering the object on stage, contour and form of the bust become visible for the first time. This grid, which fits like a second skin, begin to dissolve – beneath the human becomes visible and awake. Outgoing from his head a kind of mind-construction appears on the screen. The journy of inspiration begins – the spectator will be escaped in different, partly abstract worlds and sceneries. Topics like lifestyle, fashion, different urban and natural living rooms, technic and architecture will be shown. All these impressions influence the designer in his creative process. In the end materials, form and design come closer and closer to the new product series. The first sketches come into existance… 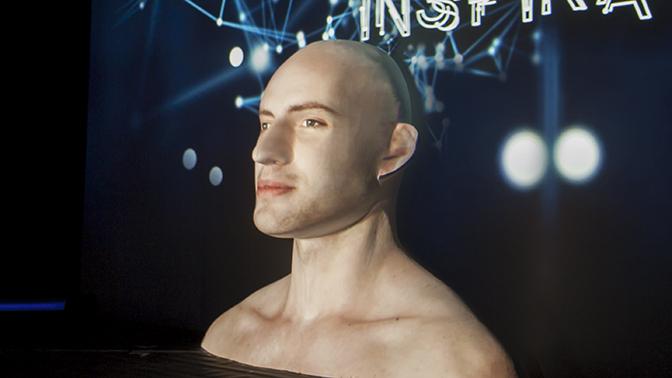 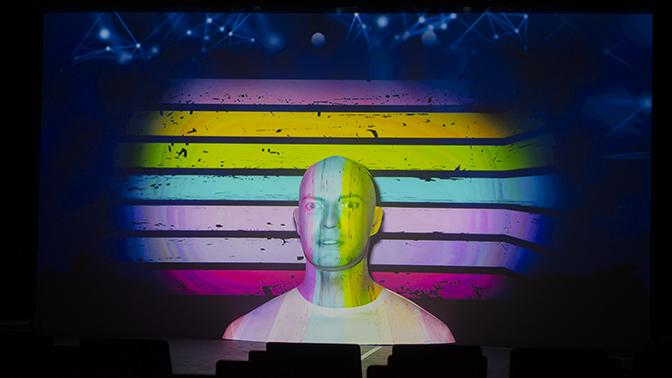 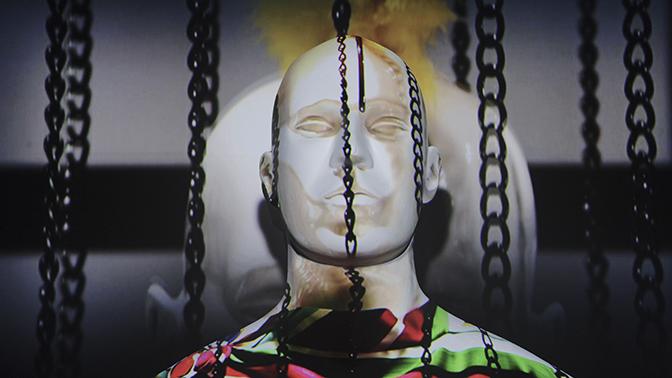 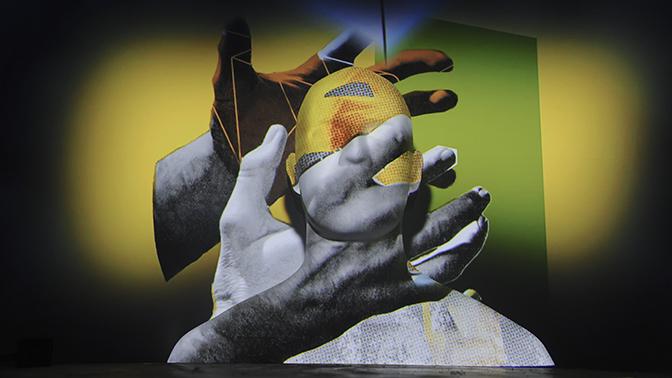 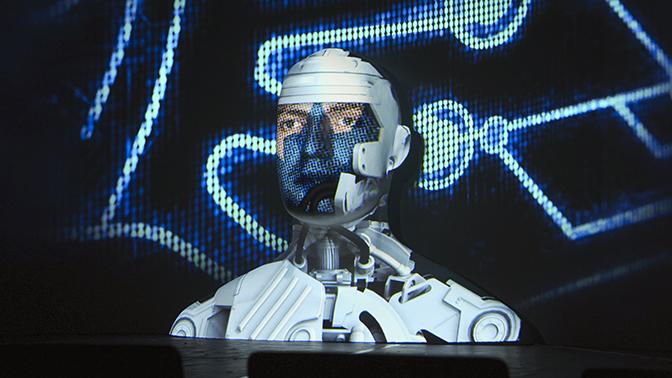 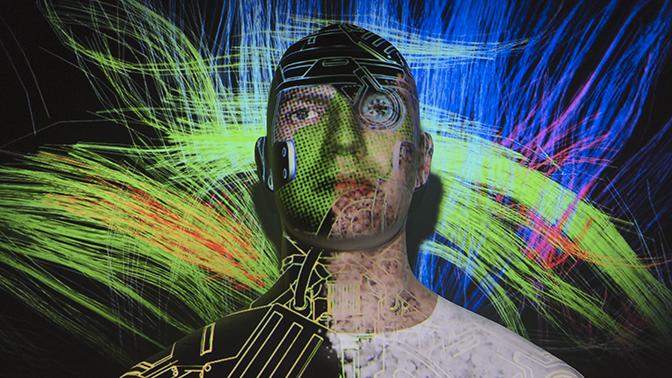 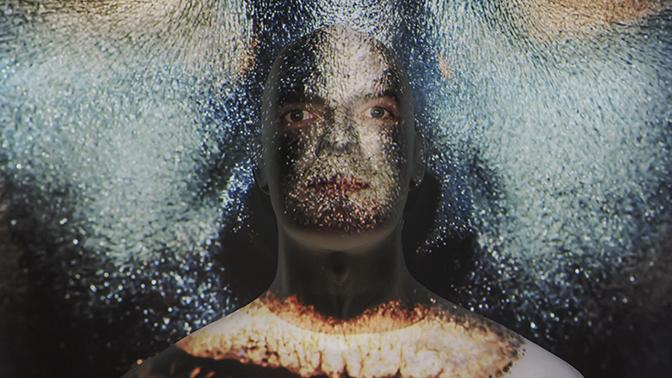 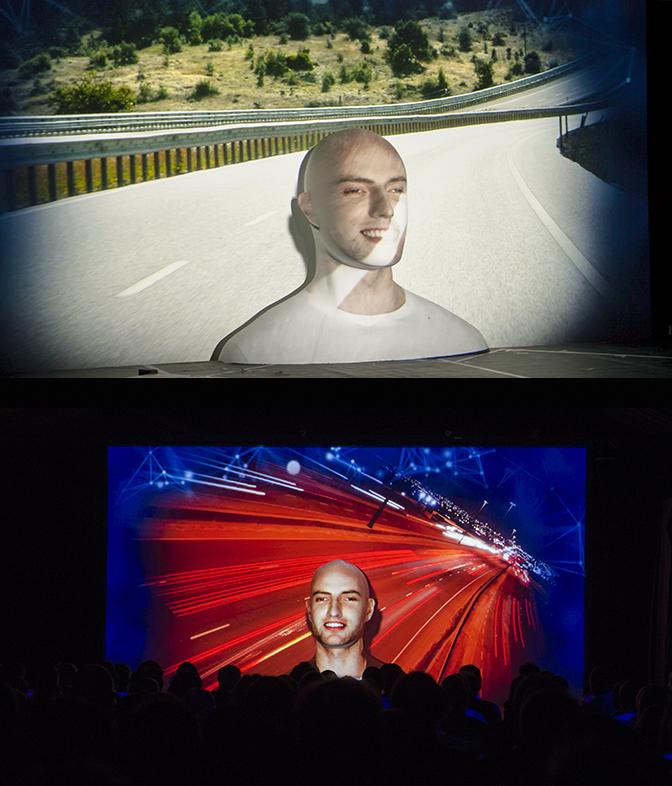 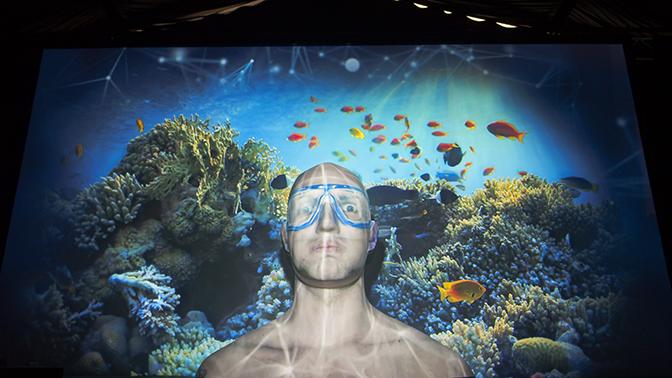 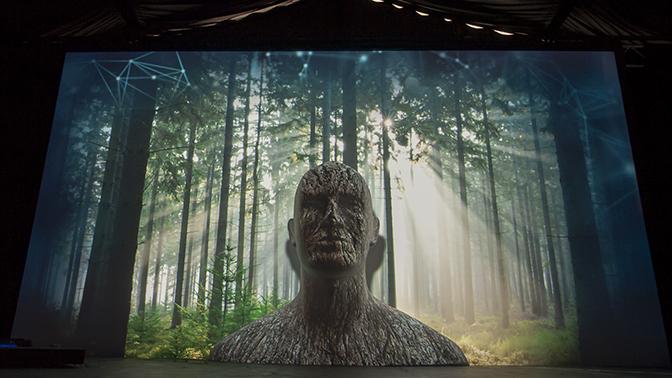 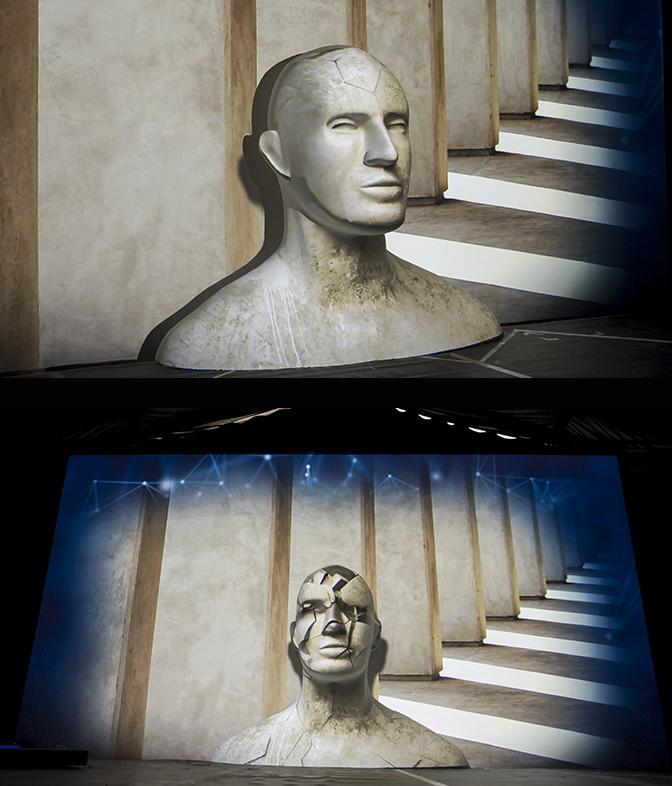 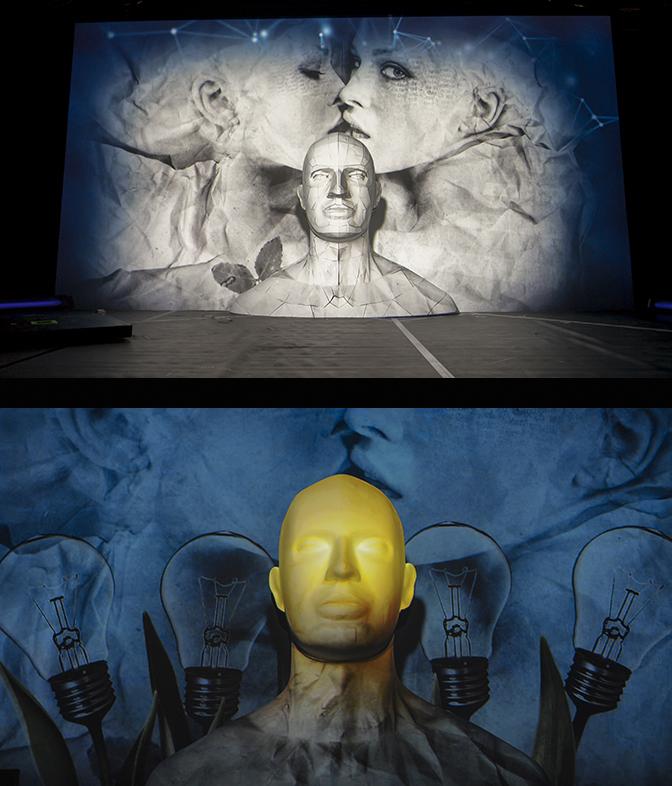 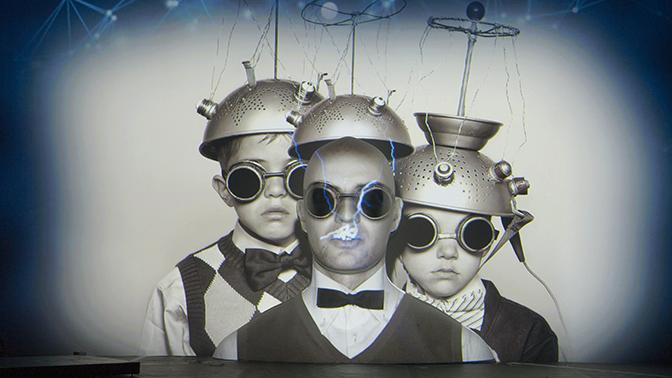 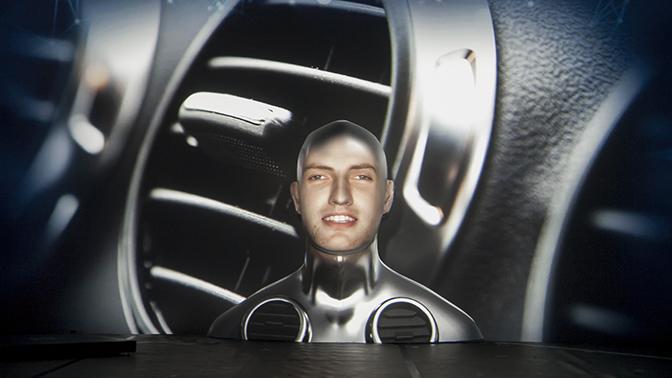 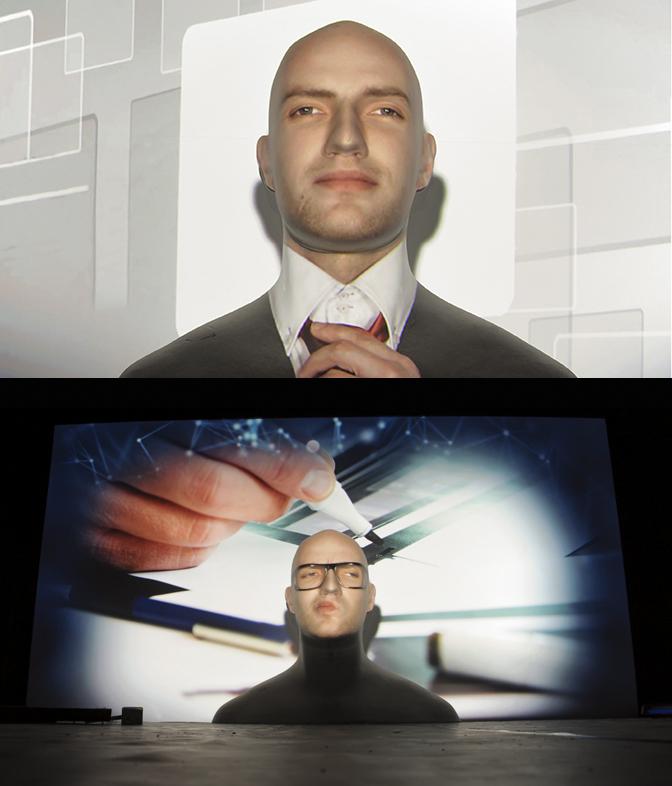 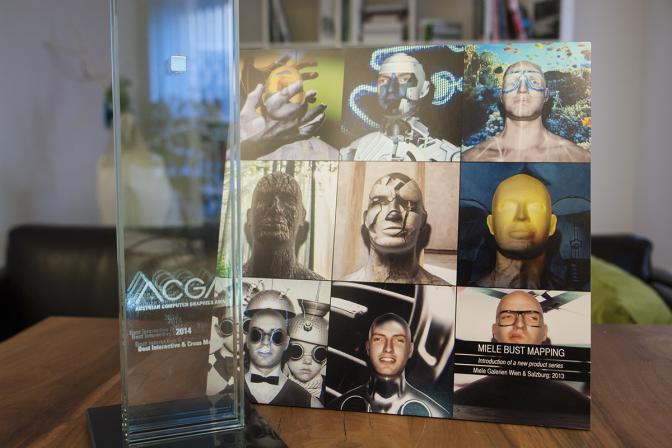